You are here: Home / Articles / Kyara versus Shin-Kyara

The subject of Shin Kyara is rather new and foreign to people outside of Japan, but this definition/concept has been known domestically, in certain incense schools for a very long time! Some incense companies have been substituting Kyara with Shin-kyara in their Rikkoku sets as a cost cutting measure. 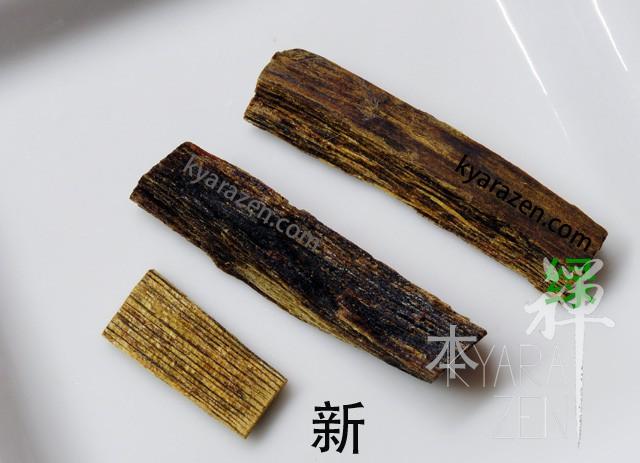 Basically Shin Kyara is just Kyara that is not “mature” enough, it was probably harvested before it could mature further. Without heating, shin kyara gives off a very light gentle scent, this is unlike green oil kyara where the fragrance without burning is strong and penetrative.

In mon-koh, shin kyara starts off with spicy notes, which then evolves to creamy sweetness, whilst Kyara proper (which i call hon-kyara or 本) , starts off with bitter notes instead. Despite being elegant and possessing a clear dominant kyara note in its olfactory profile upon gentle heating, Shin Kyara lacks the high level complexities of top quality kyaras. 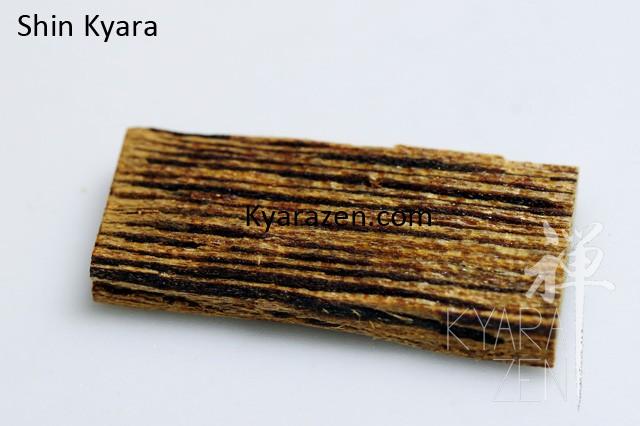 In terms of texture, Shin Kyara is dry, hard and fibrous, whilst Kyara is soft, pliable, more resinous. (this is just a guideline! sometimes good kyara can be hard too! the only, only way to assess kyara is still through monkoh and not by visual appearances alone)

Other differences are also observed in the tincturing process, at the same proportions, Shin Kyara gives the palest tincture, whilst black resiny kyara gives a much darker solution. Green oil Kyara is intermediate, exuding a golden hue. 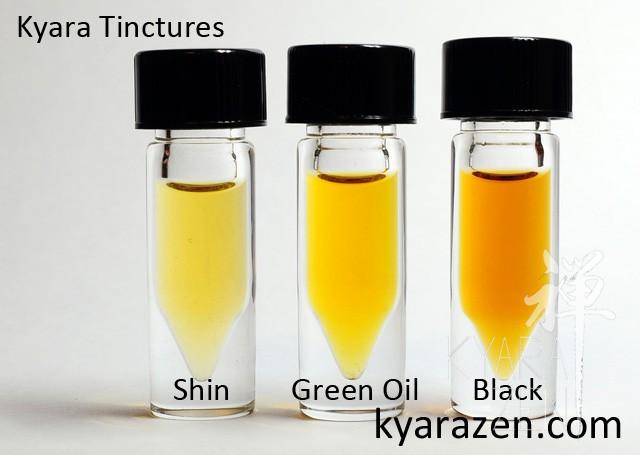 In Sanjonishi Sanetaka’s early description of Kyara in the Rikkoku Gomi, Kyara is elegant, like royalty. In a  record from an incense society in a Japanese University，together with interpretations of writings of Sanjonishi Kozei (19th century descendent of Sanjonishi Sanetaka), Shin Kyara was described to hint of autumn (perhaps due to the dryness?), its akin to gazing at the moon, and feeling a mix of solitude and melancholy.