You are here: Home / Articles / Processing of Sandalwood in Chinese Incense

If you have been following my youtube channel or some national talkshow i.e. (国学堂) in China, you might have come across the bold assertion that all sandalwood used in incense must be processed. According to them, if the sandalwood is not processed, smelling too much of it will cause one to feel restless from the “heat” of the sandalwood. With rampant “cross-plagiarizing” in Chinese online incense resources, this idea is widely, and almost blindly propagated. 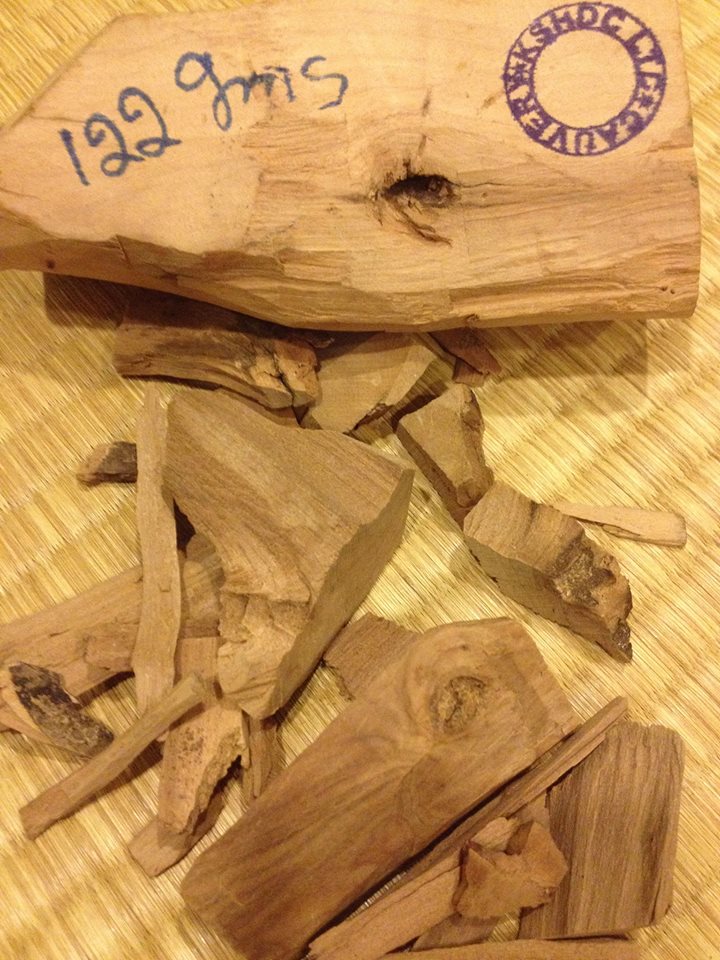 Today, the Chinese often over relies on the Chinese compendium of herbs (本草纲目), a herb literature compilation that had summarized herb properties then. A major drawback of this resource, is the lack of distinction between sandalwood or agarwood types from various countries and species! Sandalwood can come from over ten species, with the more common ones being Santalum Album, Santalum Spicatum etc, and when planted across different countries, develop differences in their olfactory profiles and tastes!

Mysore sandalwood of the santalum album species, is rich, creamy, sweet, calming, and has a nice cool background note. In ayurvedic medicine, sandalwood is regarded as cooling, anti-inflammatory, good for skin, calming to the nerves etc, which is the exact opposite of what the Chinese had recorded. Having smelt and sampled several sources of authentic mysore sandalwood, the ayurvedic record is much more accurate in my opinion. This may suggest that maybe the author of the sandalwood record in the Chinese Compendium of herbs, was not writing about the mysore indian variety, but from other areas in the world. 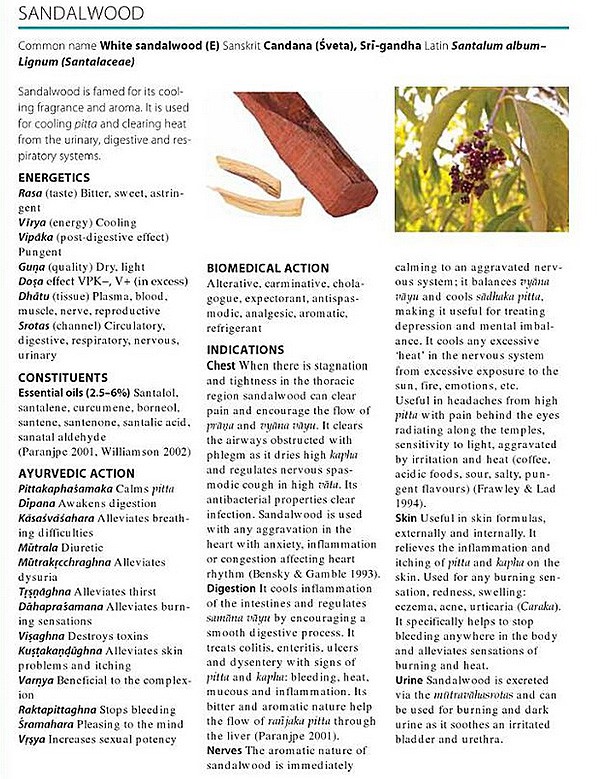 In the traditional chinese way of processing sandalwood, the raw wood is chipped or crushed, doused with hot tea, soaked for hours to days even, steamed till a purplish coloration is seen, before being dried or fried with honey. I can understand, if they were trying to get rid of some sapwood notes, or some of the sandalwood notes that resemble androsterone etc (which usually dissipates with simple aging).

But to insist that all sandalwood requiring such processing, would mean the loss of precious aromatic santalols and other volatile essential oils that are well cherished by sandalwood lovers! Unimaginable!

Even in the historical chinese incense literature itself, it was not specified to be mandatory that sandalwood was to be processed all the time. There were recipes that required the raw sandalwood, whilst others, needing milder ways of processing, i.e. chipping or dousing with tea etc. As such, its a little saddening to see how misconceptions continue to be propagated and to be taken to be the absolute truth.