You are here: Home / Articles / How long can fragrant woods be kept? 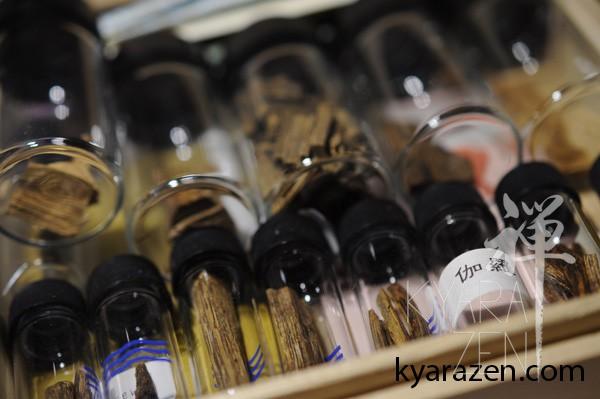 The aim of this method is to prevent volatiles from escaping, and also to prevent contaminants from entering. Fragrant woods such as agarwood is rich in resin, oils, and can pick up volatile organic molecules. If you do not believe it, you can simply store some agarwood with some borneo or camphor (wrapped in a piece of paper napkin to prevent direct contact) in a container for a week, the wood when burnt will liberate camphor/borneol notes. Contaminate your fragrant wood with some synthetic perfume and it may possibly ruin the wood (not all synthetics take to heating/burning very well..).

So, how long can fragrant woods be kept? Almost indefinitely if the storage condition is right. The Japanese have been known to use paulownia boxes that seal the fragrant woods from the external climates. Kyara/Kynam (the real thing and not those “so-called” kinams used in marketing ploys), should also be carefully kept sealed as a large constitution of this material are volatiles, and if properly stored, will retain its fragrant properties for many centuries.

Regular agarwood is more stable, and does not go through evaporative losses of its aromatic compounds, and easily retains their fragrance for centuries and beyond. You can imagine the agarwood resin to be as durable as plastics. Both the Ranjatai and Kou-jin in the Sho-soin depository have been said to retain their aromas over the past millenium, Emperor Meiji in the early 19th century did burn a piece and commented on the delightful scent. 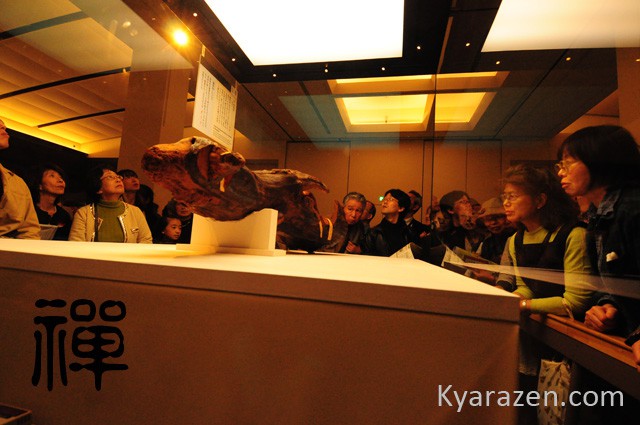 Recently, someone posed a question on whether agarwood would change its scent properties over time. It does. Unlike kyara, which is centuries old, or heavily resinated sinking materials (many decades to centuries old) that have more or less “stabilized” in characteristics, younger agarwoods can under go changes, particularly those that are recently harvested from trees.

Several agarwood compounds are sharp, astringent, bitter, camphorous, both in taste and on scent profile, and this is usually found in young and freshly harvest agarwoods. These compounds taste bad just to help protect the agarwood tree’s wounds against bugs and attempts to eliminate the infection in a defense response. If you have access to any agarwood trees that are recently wounded, just shaving some fresh material from the surface of wounds and burning the material can help you understand what I mean. These wound surfaces, over time, months, years, will lose their astringent sharp, spicy properties, and mature to become better smelling.

Similarly, such materials when harvested and kept over the years, these undesirable properties can “recede”, allowing the better smelling resinous notes to surface and not be clouded. A decrease in sharp, astringent/spicy notes will allow one to perceive the material to be sweeter as well.

The other issue with agarwood is water content, it takes a very long time for agarwood to really dry out. If you had bought a 2kg piece of wood, probably years later you may end up with less than a kilogram. (the more heavily resinated the wood, the lesser this will happen as resin filled wood does not transport water in a tree, the less resinated the wood, the more weight you will lose due to higher water content). If you burn damp agarwood, it is smokier and more acrid than usual, if you heat damp agarwood, you get musty or strange, fibrous notes dependent on the origin of the material.  Drying out in storage, the olfactory profile becomes cleaner.

The third thing that happens to agarwood, is the oxidation of some of its compounds over time, i.e. agarospirol can be oxidized to oxo-agarospirol etc. Incidentally oxo-agarospirol can be quite abundant in kyara, so if you want to check whether your wood or oil is made from kyara material, a GCMS or heating the sample with the use of a tenax trap/SPME can give you some indication. Whilst the kinetics of these oxidation processes to agarwood is not entirely known, it is definite that olfactory changes can occur.

When it comes to storing agarwood oil/tinctures for long term, my preferred method would similarly be the use of glassware and teflon lined caps. But will agarwood oil become better over time? That is a question that no one can generalize on all oils. Some oils do become thicker, richer, heavier smelling over time due to oxidation, but this oxidation would mean that some high notes/volatiles/vapory notes would be diminished (if you consider the usual hydroxyl to keto/aldehyde oxidations). Some oils will also become quieter over time, from broad complexity towards a “purer” central scent.

Would agarwood oil end up becoming rancid? It would be seldom, if the oil is pure. But if it does, there can only be two explanations.

1) Dilution with a carrier oil that unfortunately became rancid. Being rancid is simply just hydrolysis of glycerides to liberate undesirable fatty acids (carboxylic acids, for example butanoic acid smells like.. a rubbish dump in summer!)

I would usually think of reason 1 being more plausible than reason 2, but like mentioned earlier, its not possible to generalize, and that if one has a bottle of rancid agarwood oil that was good many years ago, that he/she should send it for some analysis if he/she’s interested in finding out the truth.