You are here: Home / Articles / GCMS of Kynam

In one of the first few posts of the website, a video was shown where Chinese scientists, had performed a GCMS analysis of Kynam.

Prior to this analysis, the scientists were skeptical about the existence of Kynam, they had done comprehensive analysis of most aloeswoods, and all the kynam that had gone to their lab for analysis were imitation/fake materials. However with the help of one of the most experienced collectors in the region, they obtained and analysed 10 grams of authentic kynam by doing a total extraction of volatile oils within kynam itself and ran it through a GCMS. The results were published in a Chinese chemical journal in 2012 in the Chinese language (which requires a paid subscription limiting the dissemination of the article both locally and internationally). 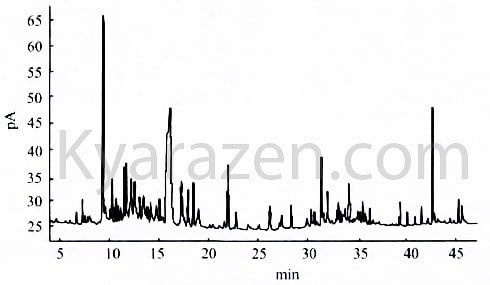 The authors’ conclusions based on the findings of their paper and the documentary :

2) Compounds found in normal aloeswoods can be found to be present in kynam such as α-agarosfuran, agarospirol, baimuxinal etc, but Kynam contains very much more unique compounds that have not been fully identified and characterized.

3) Kynam contains over 75% total sesquiterpenes, several times the amount of which in normal aloeswood

5) GCMS is a good method for grading aloeswood. 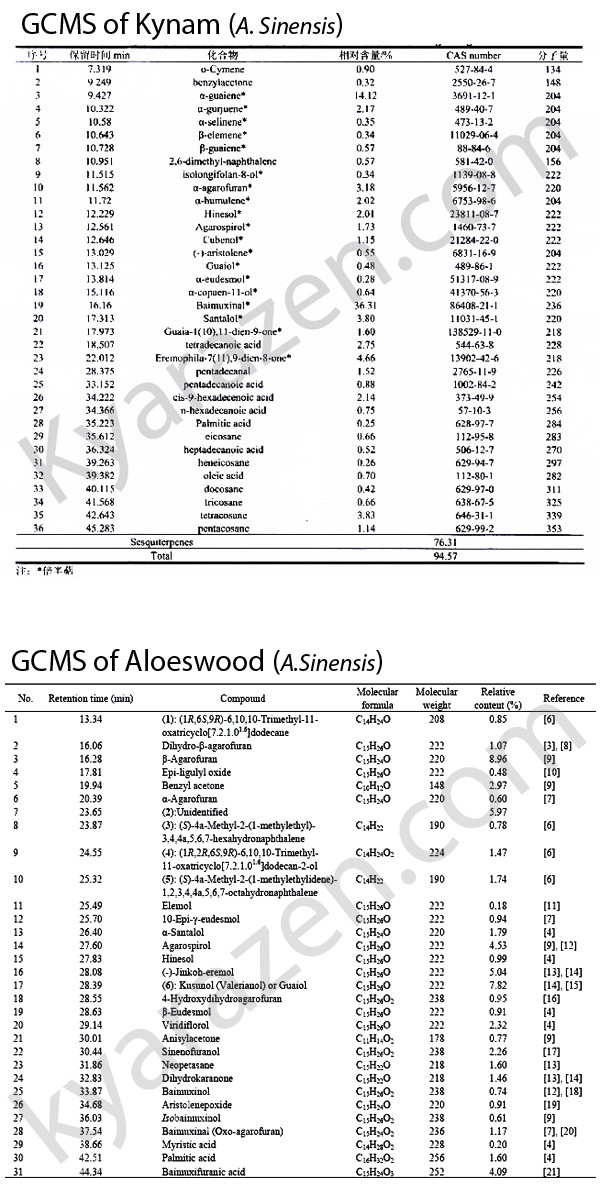 Earlier in Japan, published in private journals, there was also a chemical chromatographic profile of kyara vs aloeswood, with kyara having a lot more diverse small constituents as compared to aloeswood. 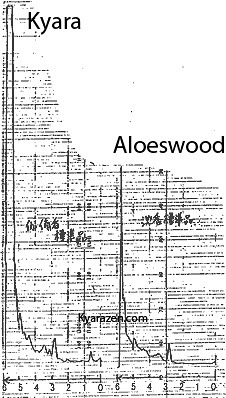 So what defines a Kyara note? I’ll leave it to readers to decide for themselves.

I have this lovely piece of sinking Sumatora aloeswood which I have been using as a keychain. Everyone whom have handled it in person, had expressed interest in procuring it from me. This is “chi-nan xiang”!, some would proclaim, as this piece of aloeswood was of high enough quality that it does give of a woody, sourish, occasionally animalic fragrance upon handling and exposure to body heat. Of course it could be easy for me to make a quick dollar by selling it to them at “qi-nan” prices. But I wouldn’t. I can’t bring myself to carry out a dishonest act, when I personally know that this piece of wood is not kynam (if it is, I wouldn’t be using it as a keychain!!!!). 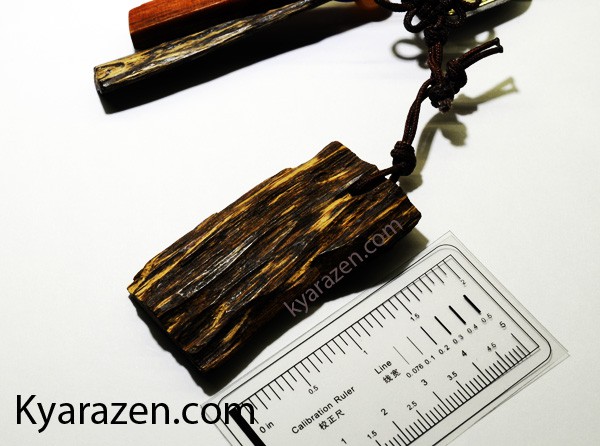 In certain ways, some of these aloeswoods, can have notes that one would be able to smell in kyara too. This is no surprise if you have had read the article to this point, as mentioned earlier, both aloeswood and kyara has overlapping chemical compositions to a certain degree.  But what that makes Kyara unique, are the chemical substances and notes that are not present in aloeswood, but purely in kyara itself. This can be a point worthy to be mindful about to prevent purchasing mistakes when it comes to fragrant wood procurement. 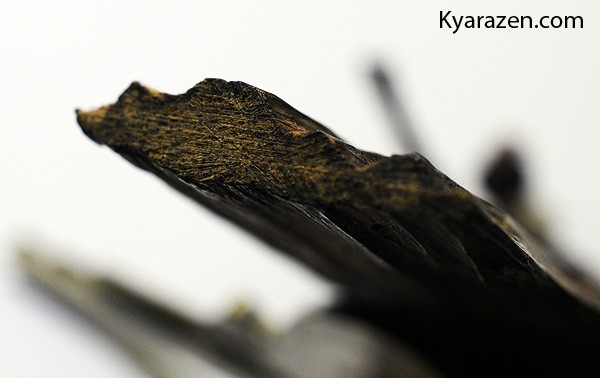