You are here: Home / Articles / Scientific Literature on Kyara

well.. thought it could be time to get a little scientific 🙂 when I was doing my phd… reading science papers was a norm, they contain reasonably credible, peer reviewed, and quality information on various subject matters in depth. When it comes to incense or fragrant woods, it would be strange if people choose to ignore published scientific literature.

here are several of the few papers that were published on kyara/kanankoh in the early 90s, with materials ever so kindly sponsored by Gyokushodo.

Gyokushodo, located in Sakai, Osaka, makes excellent incenses, especially the incenses of the Impression series (Kaori-no-Sho?), and a myriad of other fine well blended and crafted incenses, i.e. Jinsui Seikan for the soft, powdery, feminine quietness, So-Fu, which is inspired from red tea… and many more! Although I receive no benefit from them, their incenses have impressed me repeatedly for me to make a bold recommendation 🙂 The Kaori-No-Sho series is by far one of the most impressive incense series I have ever encountered. The clear and Zen like nature of the incense, and the ability of each stick of the series to invoke the respective impressions in people who do not know incense, shows very well the meticulousness that had gone into crafting of the recipes. If you are in the States you can consider picking up a sampler here at Japan Incense and if you are anywhere else in the world, its possible to find some of it on Kohgen or even Rakuten. 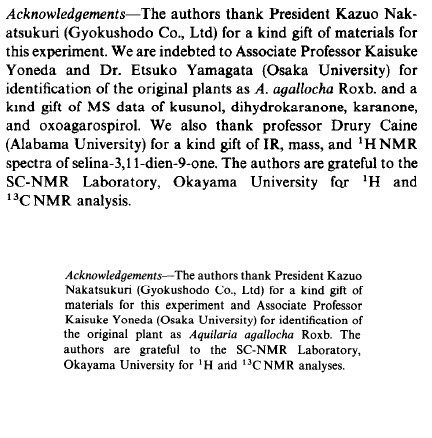 In the early 90s, with the advancements in technologies, researchers decided to research on kyara to find out what makes kyara so unique and different from regular agarwood/jinkoh. Despite a large proportion of molecules that have yet to be fully identified, these papers present the identity of some molecules that can possibly be used as identifying markers in future, i.e. put your own wood, oil etc into GCMS to detect for the presence of these molecules to decide it is made from kyara/kannankoh or not. And if one’s richer, maybe a run in a high resolution NMR can give good information as well. 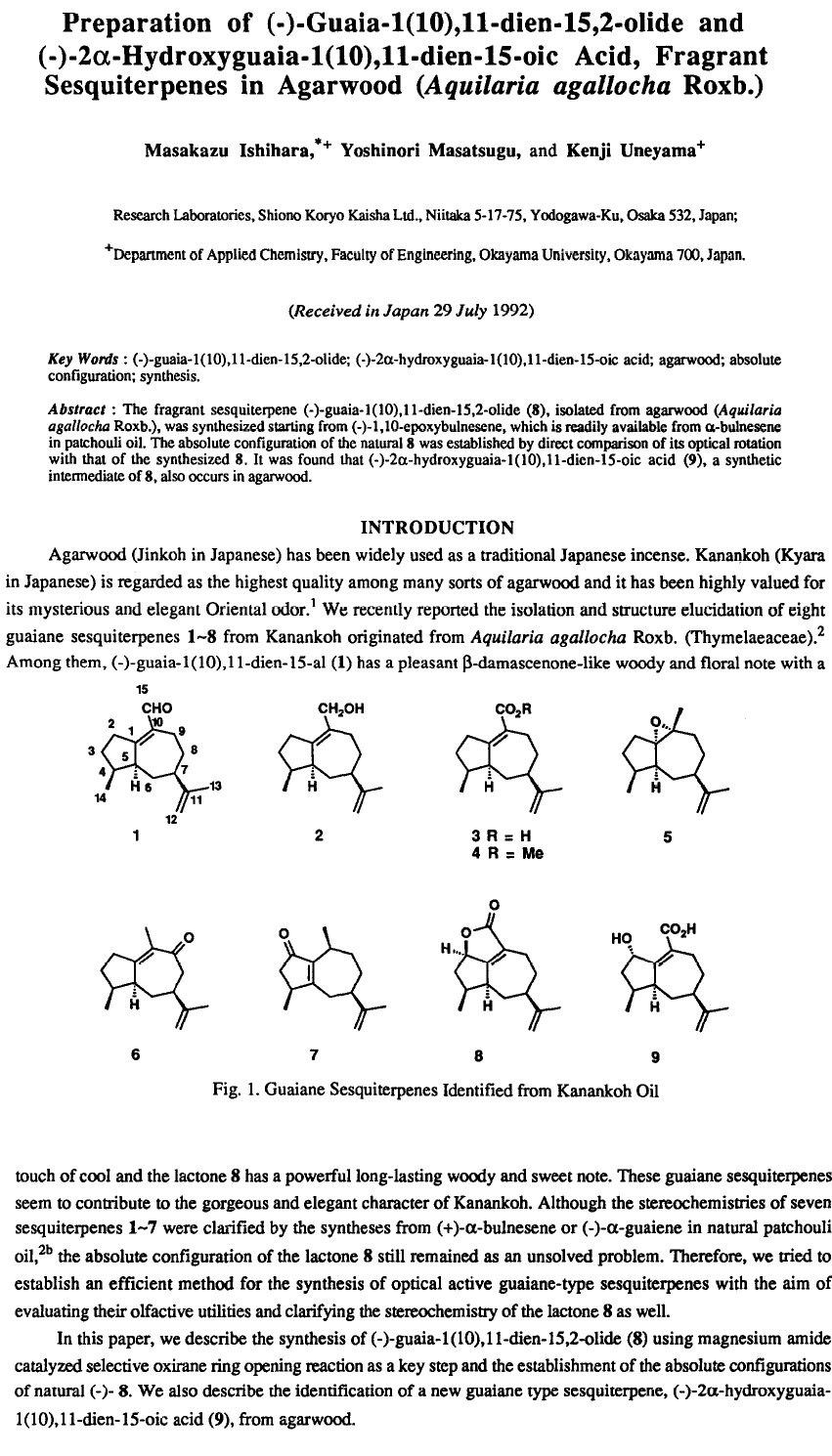 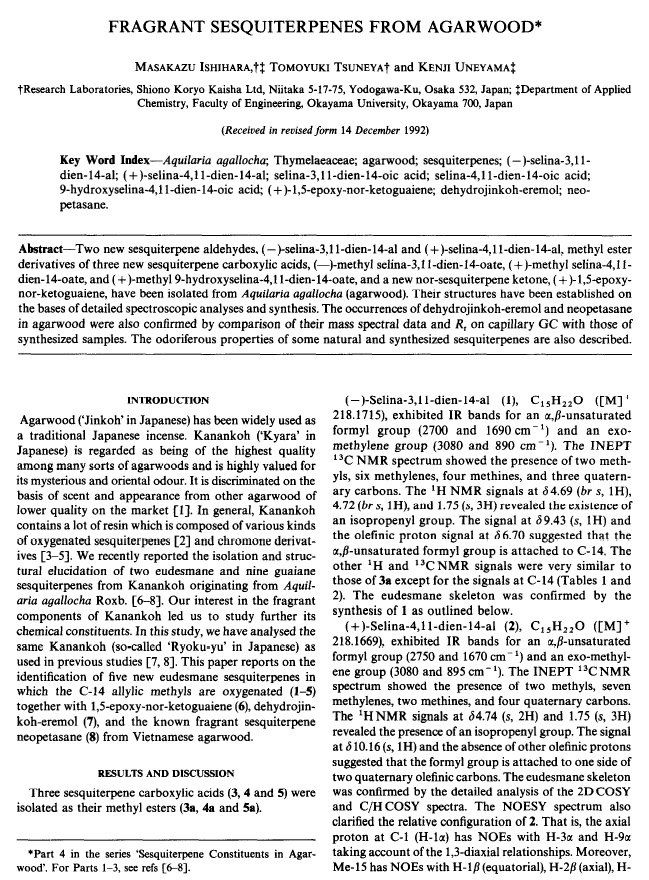 During the same time, Prof Yoneda of Osaka did publish a paper that compared compounds that distinguished indonesian from vietnamese agarwoods. Although albeit incomplete, perhaps in the near future someone will be able to replicate the same experiments with various types of agarwoods from all different countries, different infection mechanism to have a nice scientific fingerprint.