You are here: Home / Articles / A Eulogy for Mr Lee 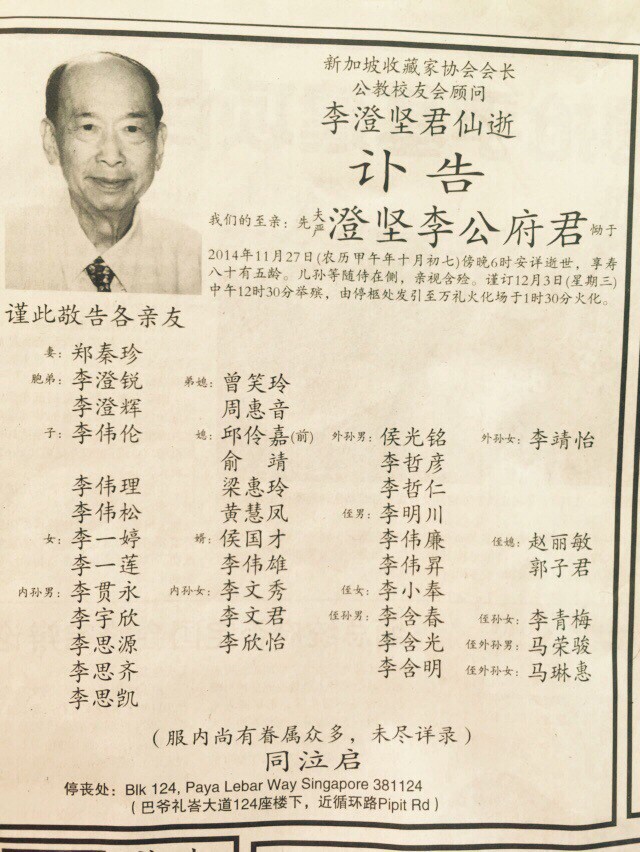 Chairman of the Singapore’s Collectors Society, Catholic high school alumni consultant, Mr Lee Teng Kian passed away peacefully on the 27th of November 2014, 6pm, at the age of 85. His children and grandchildren were present at his passing. He is survived by his wife, five children, and many grand children.

Most people would have known Mr Lee by my occasional reference in my writings, and he was the man behind the KZ 1985 oud which was extremely well received by people all around the world, through the little amounts that he had allowed me to be the sole distributor of. Just last month, he was still his youthful self, excitedly telling me his recent encounters with the use of the 1985 oud for traditional chinese medicine purposes. An asthma patient found relief by simply inhaling the oud for 10 seconds, and another patient, was able to cure his digestion related issues with a tiny bit of the oil. His passing came all so sudden, a sole reminder on the impermanence and our transient existence on this earth. At this point of time, I’m a little more shocked than sad, perhaps the sadness will set in soon.

In Mr Lee’s obituary that was published in the local chinese news paper, there was a very apt usage of the word “君仙逝”, which roughly translates to the meaning that he left us like an immortal/deity. In actual fact, if I were to look back at the Mr Lee I knew, I’m sometimes reminded of an immortal as well.

The common love for fragrant wood, agarwood, and our common interest in knowledge than anything monetary, we became really good friends despite almost half a century difference in our age. Extremely mentally alert, aware and clear all the time, always all smiles and beaming with benevolence towards me. Everytime he found something in his warehouse or had something interesting, his staff would always give me a call and I would drop by on saturday afternoons, where we would spend many hours discussing, studying, and investigating together.

As a traditional chinese physician himself, he always shared tips on how he lived, how careful he was with the 七情五欲，the seven emotions and the five desires, that gave him good health throughout his life, with no major issues till a ripe old age. He would also talk about how one should focus on one’s diet to achieve better health before seeking tonics and medicine. Most interestingly, everyone whom had met him thought he was probably sixty years old or so, his hair was still black, he dealt with things very well and was never stressed about anything at all, always carefree and easy going.

Mr Lee was excellent at forging networks. He had an amazing ability to bring people together, and had  nucleated many fruitful connections amongst people, both business related, or hobby related. His shop was often a meeting ground for people from all walks of life, all with the common interest in collecting, in knowledge, in chinese medicine, and much more. The Collectors Society that he was the founder and chairman of, was an aggregation of the top collectors of many different antiques and collectibles in Singapore/South east asia.

At his funeral yesterday, many friends turned up, and everyone had just so much to share about how Mr Lee had helped them or impacted their lives in one way or another. Mr Lee, we’ll miss you, and you will never ever be forgotten. 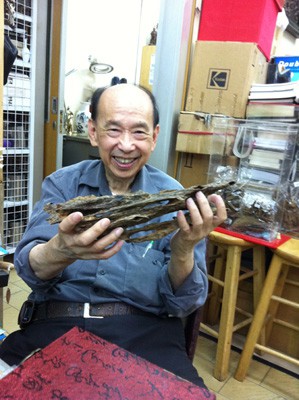