You are here: Home / Articles / The Kodo Cup

I had been a strong advocater of electric heating of fragrantwoods for quite a while. The reason behind this, stems from observation of what society and people need. With high stressed levels, long working hours etc, it is important that they can find quick relief and quick solace. The electric burner fulfils this criteria very well, one flick of a switch, one piece of good fragrant wood and in a matter of seconds one can enjoy the aroma liberated.

But after over 80 subitism units built, including a new upcoming “fragrant wood” version i.e. the Kyarazen Mimetic burner, one cannot neglect the existence of the kodo cup. 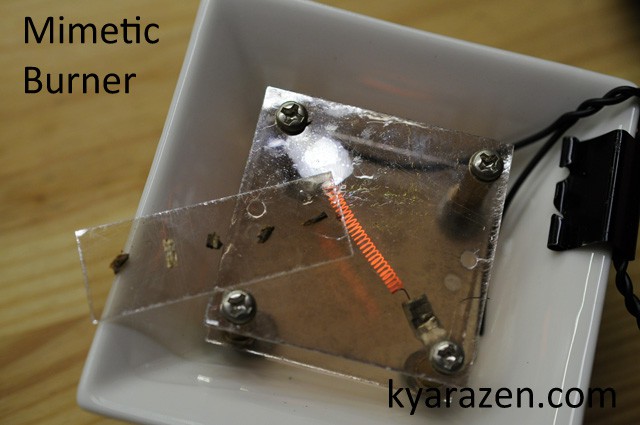 I asked several friends, why not go back to the kodo cup? Many come forward with the answer that its not consistent, the coal keeps dying, its not hot enough, there’s just too much disappointment especially after a busy day, its messy etc. As such, i thought I would share some tips on how to prepare a good kodo cup.

There is an advantage to using a kodo cup, the process! In the process of making a cup, it allows one to unwind, focus on just being in the present moment, shutting out any thoughts of the future or the past. It can be just as therapeutic as popping bubble wrap.Caught up in the hussle and bustle of modern world, we seldom “make” things anymore. There is some gratification in the making of an object, and then admiring it. 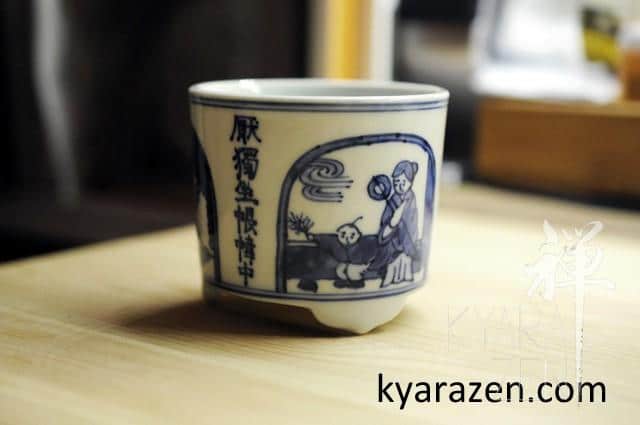 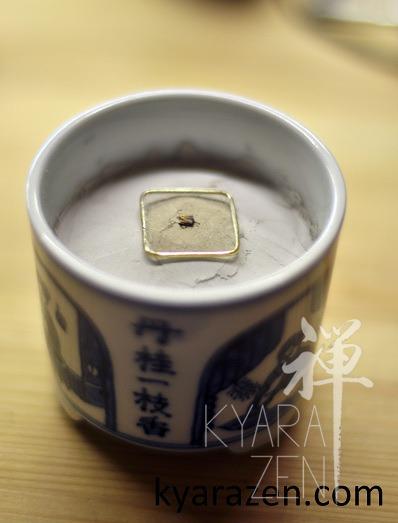 One of the major culprits for extinguishing the coal is “damp” ash. Rice chaff ash can pick up moisture over time in storage, and despite having been loosened, it forms small clumps and affects the breathability of the ash. Shoyeido sells a high end version of kodo ash, which is made from burning charcoal, but its rather pricey (3990 yen) at almost 12-15 times that of the regular white  rice chaff ash. The charcoal ash offers better breathability, and much more consistency over the rice chaff. Alternatively if you do not want to spend so much on ash, you can consider burning 4-5 blocks of incense charcoal into ash and mix it into the rice chaff ash, that will help disperse it a bit. 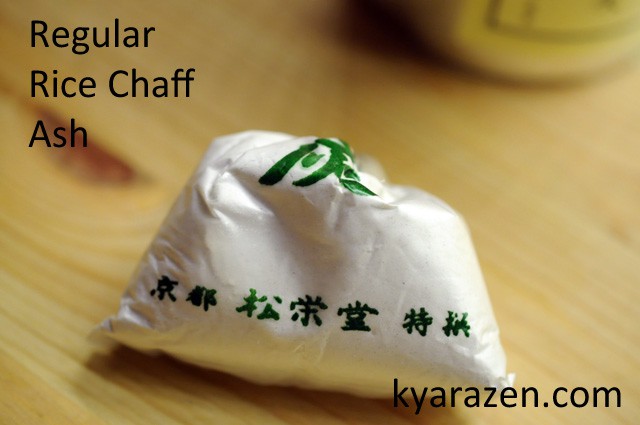 Getting a proper butane “jet” lighters/torches to light charcoal helps a lot too, than fumbling with a regular lighter and trying to grasp the charcoal with a pair of chopsticks, with the risk of dropping it and causing a fire! Allow the coal to burn till its completely covered by its own white ash with no traces of any black unburnt regions. Air it for 5 minutes from this point onwards before using it in the kodo cup will also improve its performance. The reason being, if you have broken a coal immediately after it becomes totally red hot, the core of it might just be barely burnt, still black. If you air it for five minutes, you allow for everything to become really red hot, and thus when put into the kodo cup, it burns beautifully. 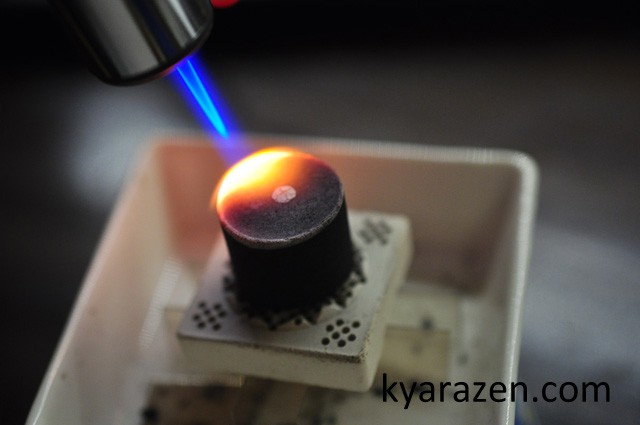 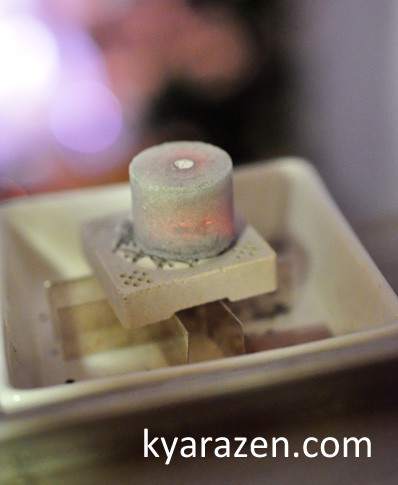 After burying the coal in the ash, and after doing fancy patterns and what not, take a peek into the air hole and it will give you an indication of how successful your kodo cup will be. You should be able to see the faint orange glow of the hot coal through the hole if the coal is burning well/alive. If its dark, you will run into the risk of the coal being extinguished slowly. 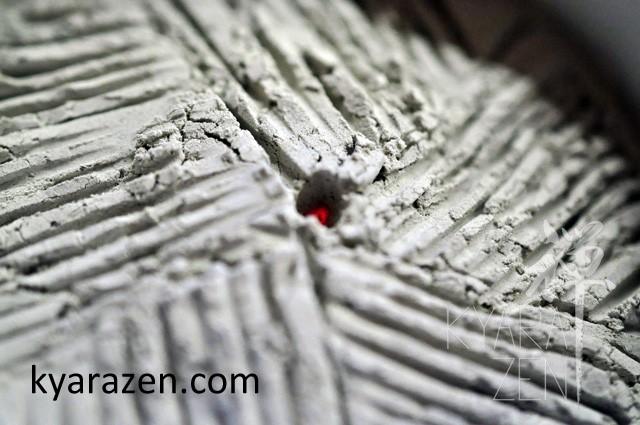 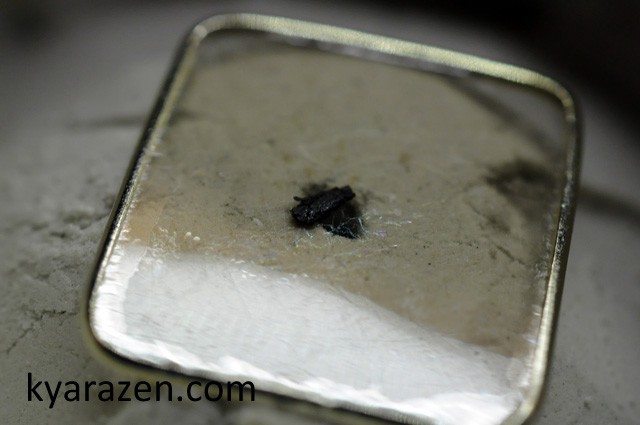 And as you put the fragrant wood on the mica sheet, if you see the resin bubble gently on the fragrant wood… congratulations! your kodo cup is successful. A properly prepared kodo cup with a large koh-tadon charcoal can burn for 45 minutes.